Loading Playlist..
1 2 3 4 5 6 7 8 9 ... 15 >
Click on to download MP3 preview in needed length
The 1960s was a most notable decade, for reasons both good and bad. However, as much as it could be argued against it, there's something we should remember: this is was also the time when Rock music went mainstream.

Needless to say, Rock is probably one of the most widespread popular musical genres, one that spawned a diverse legacy along the following decades and up until now. Even today, Rock music is still on-going and influential in fact, for many people Rock is more than just music: it's a full-blown lifestyle. In its musical form, Rock is all about catchy melodies driven by whimsical chords and enveloped with a firm percussion beat as background; in its essence Rock closely relates with the experience of growing up, withstanding the teenage years and eventually coming of age.

Rock music is distinct in that it revolves around the sound of a guitar (usually an electric guitar), supported by a substantial back beat. The rhythm section is usually handled by an electric bass guitar, along with a set of drums and sometimes any kind of keyboard instruments or even digital synthesizers. The origins of Rock can be traced back to Rhythm and blues, Country music as well as its own hyperactive older cousin Rock'n'Roll. The 1960's were arguably the Rock decade, and from then on, several sub-genres were developed: folk rock, blues-rock and soft rock. Some of its heavier sub-genres that developed a strong identity and drew many adepts include progressive rock, hard rock and heavy metal... as well as punk rock all of which surfaced in the 1970's. The following decade gave rise to hardcore punk and alternative rock, while in the 1990's the evolution of rock led to the development of (most notably) grunge, indie rock and nu metal.

On its own, Rock music was already quite powerful and vibrant; however some of its subgenres pushed the envelope even further: Hard Rock and Heavy Metal are probably the most notorious examples of such. This kind of music was generally loud, highly amplified, and even more guitar-driven relying extensively on intricate solos and powerful melodies; this movement was strengthened by many mythical bands, such as Deep Purple, Led Zeppelin, AC/DC, Aerosmith or even Queen in the 1970's and Metallica, Megadeth or Slayer in the 1990's. By then, Rock music had evolved into an aggressive sound, which music critics generally dismissed as being overtly unpleasant. It was the music of an angry new generation, and it served as a soundtrack for all kinds of social unrest, both in the United States of America as well as the United Kingdom.

Following the 1990s, Rock variants receded back into more of a passive aggressive type of sound, with somewhat of a mellower approach reminiscent of folk and country combined with the insistent noisy approach that had been popular in the meanwhile. Contemporary variants of Rock include Emo, Garage, Metal-Core and Electronic Rock. Even though the sounds of Rock keep shifting in response to its own social impact, something about it remains constant: its wide reach and impact. Quite likely, Rock Music Loops will keep evolving as the sound of a youth that's by definition rugged and rebellious: quite naturally so, since that's a good part of growing up. 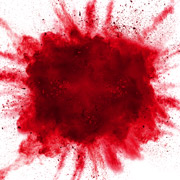 Against All Authority
Rules are meant to be broken. These melodies can help you push past yours.
31 Melodies 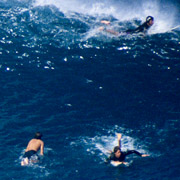 Come on and Line up
Grab your friends and your board and hit the waves with these surf-inspiring melodies.
20 Melodies
Download royalty free rock background music for any use.
© 2020 Melody Loops LP