Loading Playlist..
1 2 3 4 5 6 7 8 9 ... 52 >
Click on to download MP3 preview in needed length
If one is looking to improve his or her mood, there are few things better to reach for than cheerful music. Given the tremendous emotional influence that music can have over people this makes perfect sense. If one examines the concept of cheerful music more closely, one will find that there are several things all cheerful music shares in common, despite what genre that bit of music may be a part of overall.

Tonality and instrumentation are incredibly important to cheerful music. While there are other scales that musicians can make use of, major scales and minor scales are by far the most common. If one is hoping to create a cheerful piece of music, one will undoubtedly make use of major scales, which create an instinctively positive response in those who listen to them. This is not to say, however, that minor scales have no place in cheerful music. In fact, minor scales (especially those that are related to the major scale in use) can be deployed to greater effect in order to strengthen the depth of the listener’s cheerful response.

Of course, tonality is not the only thing that’s important to cheerful music. Rhythm also plays an important role. Generally speaking, one will find that cheerful music as an up-tempo rhythm without being too fast-paced. If the music becomes too fast-paced, it crosses into the style of energetic music, which imparts a different feeling than happiness. However, there are exceptions to this rule, just the same as cheerful music can sometimes have a slower rhythm. In the latter case, the major notes of the piece of music will generally suffice to inspire the cheerful mood in the listener.

Cheerful music can exist in a variety of different genres, although one will not find music of this nature in all genres. For example, cheerful would rarely be used to describe a piece of heavy metal music or a piece of rap music. That being said, one cannot entirely rule out the possibility of such music existing, and ultimately what kind of music “cheers up” the listener is a function of that listener’s particular proclivities when it comes to the styles of music that he or she prefers. 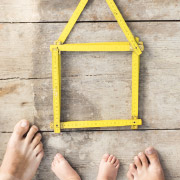 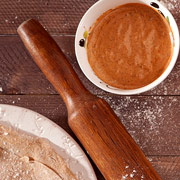 In The Kitchen
With this cooking-inspired playlist, your dishes will literally sing in your mouth.
31 Melodies
Download royalty free cheerful background music for any use.
© 2021 Melody Loops LP